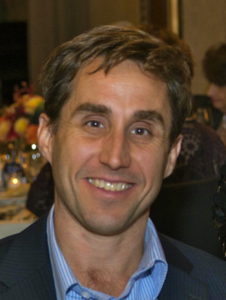 Richard Owen is one of the most gifted and visionary musicians of the modern era. Of his debut in Austria, The Wiener Zeitung (Vienna News) proclaimed: “Maestro Owen must be a genius… how flowing and musical this young American was able to realize the music from the podium.” Combing a successful career as a conductor, educator, entrepreneur, pianist and organist, Maestro Owen is music director of Camerata NY Orchestra, St. Jean Baptiste Church & Adelphi Orchestra and is co-director of the Owen Music Academy. Over the past decade he has collaborated with guest artists such as Alec Baldwin, Alvin Ailey and Aprile Millo in concerts in Carnegie Hall, St. Patrick’s Cathedral and Lincoln Center, among others.

His vast repertoire includes symphony, opera, choral, ballet, jazz, pop and modern dance and he has performed internationally throughout Europe and North and South America. As a director of the Owen Music Academy, he is also committed  to fostering the development of the next generation of great classically trained musicians. He was formerly on the conducting staff of the NY Philharmonic (cover conductor) as well as the Deutsche Oper am Rhein (Düsseldorf).  This past season, Mr. Owen conducted Nutcracker with the Donetsk State Ballet,  Dvorak Symphony No. 7 with the Adelphi Orchestra, the Messiah with Camerata New York and the St. Jean Baptiste Festival Chorus and Orfeo with Mannes Opera and Martha Graham Dancers. 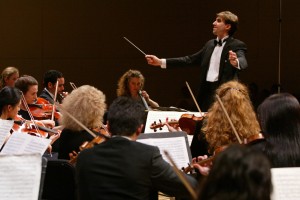 In past seasons, Mo. Owen has conducted the Little Opera Theater of New York (Gluck’s The Reformed Drunkard), with Rioult Dance (M. Torke’s Iphigenia – World Premiere), the Center for Contemporary Opera (Night of the Living Dead) and was invited to conduct along side Mo. Kent Nagano with the Montreal Symphony in a performance of Carmina Burana to an audience of over 40,000.

Mr. Owen has conducted in Germany with the Ost/West Symphonie and Kammer Orchester; in Vienna with the Europa Symphony, Camerata Internazionale and Pro-Arte Orchestra; in Mexico with the Monterrey Symphony; in Poland with the Rzeszow Philharmonic; and in Serbia with the Belgrade National Philharmonic. In the United States, he has conducted, among others, the 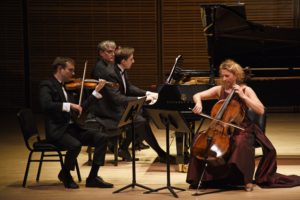 Mr. Owen has been featured in the New York Times, Forbes, Opera News, Newsday and on New York classical radio stations WQXR and WMNR, Polish, Serbian and Mexican Radio and Television as well as SiriusXM.

Mr. Owen was a semifinalist in the 7th Fitelberg International Competition for Young Conductors. He also completed a recording for Albany Records of the opera “Rain” by R. Owen Sr., which had its fully staged world premiere in Lincoln Center under his direction. Owen was born in New York City into a musical family. He began studying piano and voice at age five and sang as a boy soloist at the Metropolitan Opera in productions with Pavarotti and Domingo under the baton of James Levine, among others. Mr. Owen graduated from Dartmouth College, where he was a recipient of a piano scholarship. He received his Masters the Manhattan School of Music and studied conducting at the University for Music and the Performing Arts in Vienna, Austria. Mr. Owen speaks Italian, Polish, German and French. Mr. Owen performs regularly with his wife, a professional cellist, singer and organist, and they have three musical sons with whom he also performs. In recent seasons, the whole family performed Amahl and the Night Visitors in several venues in New York. 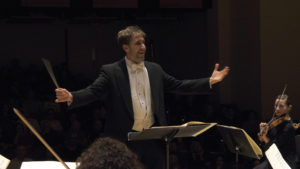 Join Camerata New York in a moving presentation of Menotti’s timeless and uplifting one-act opera. A celebration of the three magi en route to the blessed savior and the miracle that results while visiting a poor widow and her shepherd boy. 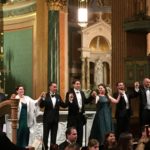 US Correspondence: Church and Music  June 6, 2019 (Translation) A phenomenal thing happens when music meets the church. This good fortune was brought home at St. Jean Baptiste, on Lexington Ave, where fine music is a permanent presence in all liturgical moments, both by organ and piano, as well as by soloists and choir, but especially by […] 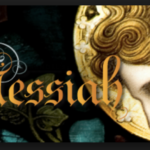 Join Camerata NY, resident orchestra of St. Jean’s, in a celebration of truly Divine opera. A glorious combination of beloved opera selections which pay homage to the heavens. Featuring top international singers in works of Puccini, Verdi and Wagner. Tickets are $30 can be reserved on Eventbrite or by calling 212-288-5082. Tickets will also be sold at the […]