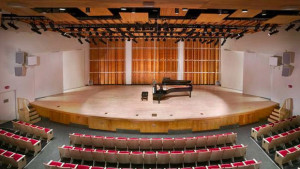 Up the street from Lincoln Center in Merkin Hall on April 9, the recently formed Camerata New York acquitted itself very well. The program, led by Richard Owen, included Saint-Saens’ Cello Concerto No. 1 with Nathaniel Rosen as the adept soloist, and a near definitive version of Mendelssohn’s “Italian Symphony”.

For once, the tempos weren’t rushed as they often are, and throughout, Owen’s well studied interpretive values made this warhorse sound especially fresh and rhythmically alive; a balletic feel permeated the performance and dance companies would most likely enjoy working with it.”